Offshore Wind Farm Round Up #2

You may have seen recent news coverage about a proposal by Atlantic Shores Offshore Wind (a 50-50 joint venture between EDF Renewables North America and Shell New Energies US LLC) to build a wind farm off our coast.  Some LBIslanders have expressed concern over the proximity to shore and visibility from the beach.  Surveys conducted by the University of Delaware and the University of North Carolina indicate the proximity to shore and hence the visibility of the turbines can have a negative impact on visitors’ desire to visit and rent in coastal communities. The developer is expected to file a Construction and Operations Plan with the Bureau of Ocean Management (BOEM) next month.  BOEM has the ability to hold off its review of the wind farm plan until after it conducts an ‘early scoping process’ which would allow for public input prior to plan review.

You can find some details in our Issues and Announcements section:

Today,  (4/6/2020), Long Beach Township adopted an emergency Order closing access to and use of all LBT beaches, unless you are a resident or property owner but you must have your DISASTER RE-ENTRY PLACARD with you if you are on the beach.  The paragraph below is clipped directly from the LBT website.

“Effective immediately, the Township of Long Beach (“Township”) has closed access and the use of all Township beaches to all persons, except property owners and residents who were issued and are in possession of “disaster re-entry” passes/placards (“Placard” or “Placards”).  The Placards were issued following Superstorm Sandy and were recently reissued by the Township.  Persons issued the Placards may access the beach area of the Township designated on the Placards and may do so to walk and jog, but shall not engage in any other activities on the beach.  Two (2) adults, their minor children, and leashed dogs may use the Placard at any one time.  All Placards shall be prominently displayed and shall be held up and shown to any Township police and Township personnel in the vicinity.  For further details regarding the Emergency Order, a copy of the Order is posted on the Township website.”

To Whom It May Concern:

Our concerns reflect the lack of transparency and information provided to the public while developing the TSP. This has had a deleterious effect on our ability to evaluate and comment on the Plan’s impact on Long Beach Island (LBI).  Specifically, the systemic failure to engage in meaningful dialogue with the public entirely negates the projected Community Opportunities as reported in the TSP. Furthermore, the plan will reflect the public’s subsequent lack of understanding, as residents had difficulty finding information about the TSP even though the study reported that the TSP can be broken down into smaller regions .

Notice of the December 1, 2016 scoping meeting failed to reach the Long Beach Island public for a variety of reasons:

Evidence that the inadequate and inappropriate timing obstructed the public’s awareness of the project was found in a May 7, 2018 council meeting which found zero (0) members of the JCTA were not even minimally familiar with the NJBB study, nor had they received the outcome of the June 2016 Charrette meeting.

Subsequently, the only response to the JCTA’s concerns was from the Commander of the USACE’s Philadelphia District who provided the name, telephone and email address of the District’s Chief of Planning. However, the Chief never responded to the JCTA’s invitation to participate in an LBI public meeting to discuss the TSP and only responded to one of the 3 e-mails regarding questions on the study. Our contact with the Chief was terminated abruptly and without notification, and the DEP’s Director of Coastal Engineering demanded that all requests regarding the study are only to be sent directly to the USACE.

A comprehensive public engagement initiative should have been included in the TSP to educate the public and gain their support.  As a result of botched communications and interfacing between the TSP and the coastal communities it purports to serve, there will be lasting questions and mistrust in the USACE and NJ DEP’s ability to adequately assess and address the significant environmental threats to Long Beach Island. 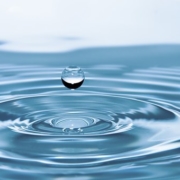 All residents of Long Beach Township will be required by the State of NJ to install water meters by the end of 2020. Download this notice for general information on meeting this requirement.

Updated Base Flood Elevation Maps (Preliminary version) are due to be released by the end of July, 2013. They are expected to be much more thorough than the Advisory version issued this past winter. They are also reported to be more favorable v/v insurance implications.

The NJ Department of Environmental Protection has declared that there are ” different areas and geographic features of the over 1,000 miles of the New Jersey coastline”.Of these 1,000 miles, 127 miles are oceanfront. In light of this fact it seems impossible that one set of rules can apply. It should also be noted that there is a Federal Standard already in place, but the NJ DEP has decided to impose more stringent Coastal Management rules (DEP Docket No. 19-06-09/482). Why?

The State Aid formula is unclear regarding allowable project activities and level of state funding. The State Aid agreement is totally arbitrary as to its involvement.

DEP’s theme to require public access is based upon the Public Trust Doctrine. Under the Doctrine, the coastline is held by the State in trust for the benefit of ALL the people and not just residents of LBI. However, the DEP is requiring local taxpayers to share in the cost of access, parking, and restrooms for ALL the people. If the benefits are for ALL the people then it is the responsibility of the State to pay ALL the costs.

It is felt that this proposal is bad for LBI and that the “Proposed Rules” will not
be in compliance with existing standards resulting in the loss of funding for the
Beach Restoration Project.