On Friday afternoon, October 22nd, representatives from each of the six taxpayer associations in Long Beach Township met with Commissioner Bayard and Business Administrator Kyle Ominski to discuss and get answers to questions about the proposed revisions to water and sewer rates (Ordinance 21-30C).

Please email billw@reclamthebay.org if you can help support the raffles. As we did last year, we will make arrangements to get you tickets through our members on LBI. Thanks in advance. (Unfortunately, New Jersey doesn’t allow
online raffle sales.)

You can register for this free event at the Beach Haven Taxpayers Association website, bhtaxpayers.org. All participants must pre-register for the event.

Below is a link to an article that appeared in the SandPaper:

The ordinance imposes a number of restrictions and prohibitions on where signs may be placed that advertise properties for sale and for rent.  The full text of the ordinance is available in the NBTA Issues and Announcement Section on our website.

For Sale signs are limited to one sign on any property provided that the sign is located entirely within the property to which the sign applies. One additional sign is permitted where a property has an excess of 300 feet of frontage or fronts on 2 streets.  All for sale signs must be removed within 15 days after the sale has been consummated.

NBTA Members – Attached is a flyer from ReClam The Bay (RCTB), a local 501(c)3 charitable organization, operating primarily in the Barnegat Bay estuary that provides education about the Barnegat Bay watershed (which includes Barnegat Bay, Manahawkin Bay, and Little Egg Harbor Bay) – how to conserve and improve it through shellfish-related, sustainable and resilient stewardship projects.  RCTB is an all-volunteer organization that relies on contributions from individuals and businesses to support their efforts to grow shellfish, educate the public about water quality in the Barnegat Bay estuary, and other “in the bay” projects like living shorelines.  One way RCTB raises funds is through annual raffle sales.  Since so many community events have been canceled this year due to COVID-19, such as Chowderfest which is a major source of their income, they are reaching out to the taxpayer/homeowner groups on LBI to see if their members can support RCTB by purchasing raffle tickets.  The attached flyer provides details on their raffle and how you can support RCTB.  Drawings are held on October 4, 2020.  You do not need to be present to win.

Hi All – Friday afternoon, Mayor Mancini delivered a Memorial Day weekend message via the Long Beach Township Facebook page.   We have summarized it here for your review.

The Mayor also said Long Beach Township has recommended that the Governor’s Office direct the Alcoholic Beverage Commission to allow outside food and alcohol consumption until October 15th.  Stay tuned.

As a final note, the Mayor mentioned let us all remember what this weekend is really about – remembering those who made the ultimate sacrifice for our freedom. 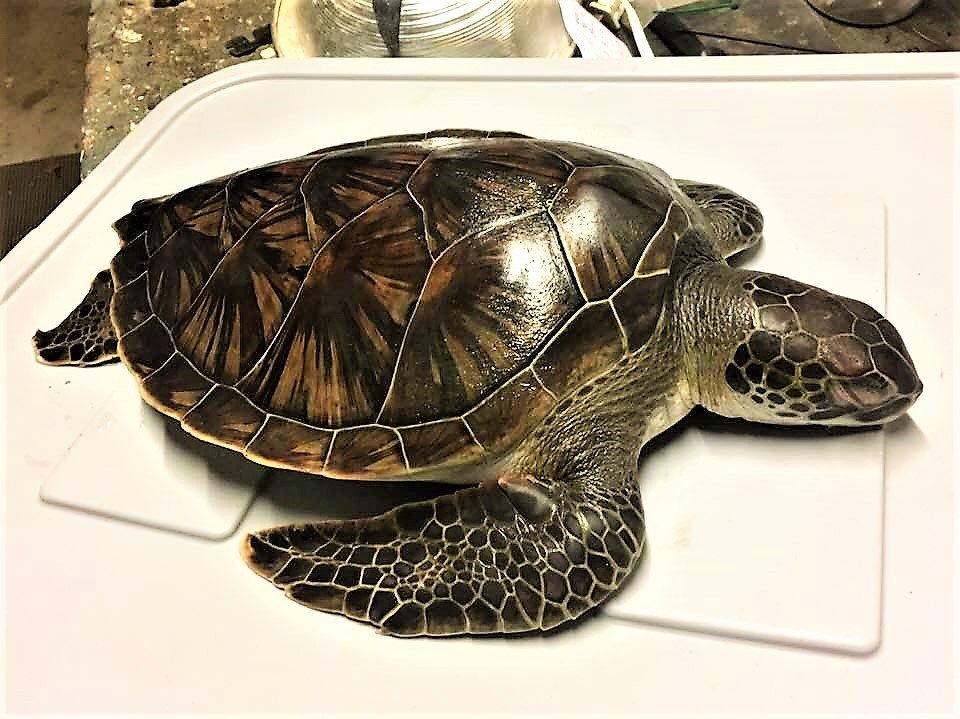 The Marine Mammal Stranding Center is asking the public to keep an eye out for cold-stunned green turtles that have been washing up on Long Beach Island. The turtles are about the size of a dinner plate and weigh a few pounds. Twelve have already been saved by quick-acting residents who have seen them either floating in the water or inert on the shore.

“What happens is the quick change in water temperature stuns them, and if they can’t get their temperature above 50 degrees they die,” explained Bob Schoelkopf, director of the Marine Mammal Stranding Center in Brigantine, whose facility responds to endangered marine life along the entire state’s coastline.

“Most of the turtles have been feeding in the back bays and due to the high tides we have had recently, many will be washed up on the meadows or you may see them floating on the water. They can also be on the ocean side if the tides have brought them around,” said Schoelkopf.

“Time is a factor. It’s important that we get to them right away.”

Anyone who sees a green sea turtle should call the stranding center at 609-266-0538 and someone will respond, said Schoelkopf. The center will pick up these turtles in distress and transport them to the Turtle Rescue at Turtle Back Zoo in West Orange. Once a number of turtles are rehabilitated, the stranding center will take them south to warmer waters and release them to the wild.

Shore residents are encouraged to call the stranding center even if a green turtle they find seems to be dead.  —P.J.

Read article in the Sandpaper